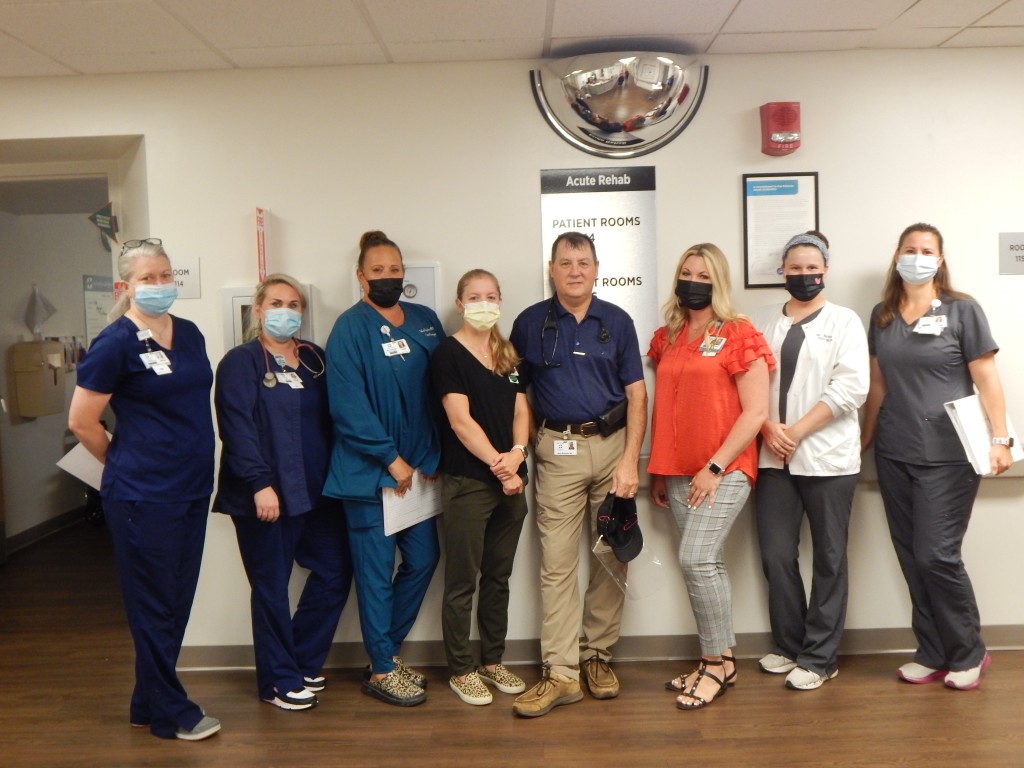 Today Gregory Hathcote has plans to go swimming in his pool. He talks excitedly about barbecuing chicken in his smoker. At some point soon, he knows he needs get back on his tractor to do some bushhogging. These plans would not seem all that uncommon in Arkansas, except that it was only about five months ago that debilitating knee pain kept Hathcote from being able to stand long enough to grill. He couldn’t do the things that he loved, much less the work that needed to be done.

He had to rely on a walker for about a year, and by the time he came to Saline Memorial Hospital’s acute inpatient rehabilitation unit for the first time in February 2022, the knee had worsened to the point that he was not able to do his physical therapy.

“What helped most was having someone to push me to get things done,” Hathcote said. “I had gotten pretty bad. My wife had passed away in March 2020; we had been married for 48 years, so I was kind of down in the mouth. Then, I got COVID, and it just compounded everything. The regiment [in the rehab unit] – what they put you through and the demands – it got me back motivated.” 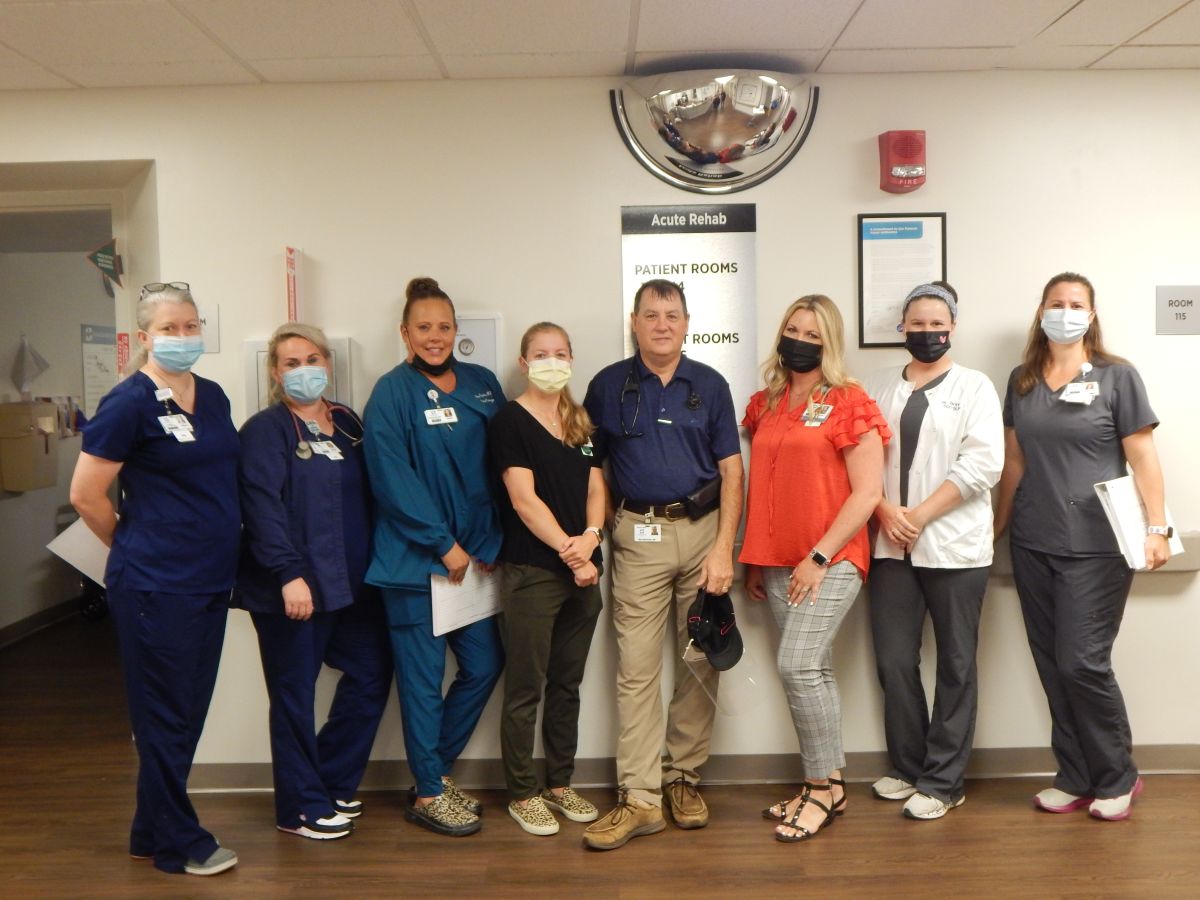 He was discharged on Feb. 25 but returned to Saline Memorial Hospital on June 8 for a knee surgery. After two days on the fifth floor, he was moved down the acute rehab, where he was greeted like an old friend.

“It was kind of like a family reunion almost,” he said. “Everyone there is just awesome. I didn’t have one bad experience with anybody. That’s kind of unusual. When you got 30 or 40 people, there are usually one or two rotten apples – somebody who has got a bad attitude. There wasn’t any there.”

Under the care of the acute rehab team, Hathcote started to see improvement. After he was discharged, his condition continued to improve through outpatient rehabilitation at Arkansas Bone & Joint.

“My knee is getting better every day,” he said. “I could barely bend it before. It sounded like a box of rocks rattling around in there, and it hurt all of the time. … Now, I can walk up and down stairs, get in and out of cars unassisted. It’s a lot different.”

Hathcote is just one of many patients that the team in acute rehab has helped, according to Dr. Mark Martindale, the unit’s medical director. Martindale said he gets stopped by patients and their families very often, at least 90% of the time, who want to share what a wonderful experience they had in the acute rehab.

The acute rehab program works with patients who need rehabilitation due to orthopedic conditions, like Hathcote, but also for loss of function caused by stroke, head injury, spinal cord injury or trauma.

Part of what differentiates the acute rehab team is that Martindale practices internal medicine, which means that in addition to overseeing the therapy, he excels at researching and identifying the underlying causes of the patients’ conditions, according to Coral Robison, program director for acute rehab and therapy services.

“Sometimes, patients get stuck in a cycle where they are continuously admitted and discharged from the hospital,” Robison said. “Dr. Martindale takes the time to figure out the root of the problem, breaking the cycle.” 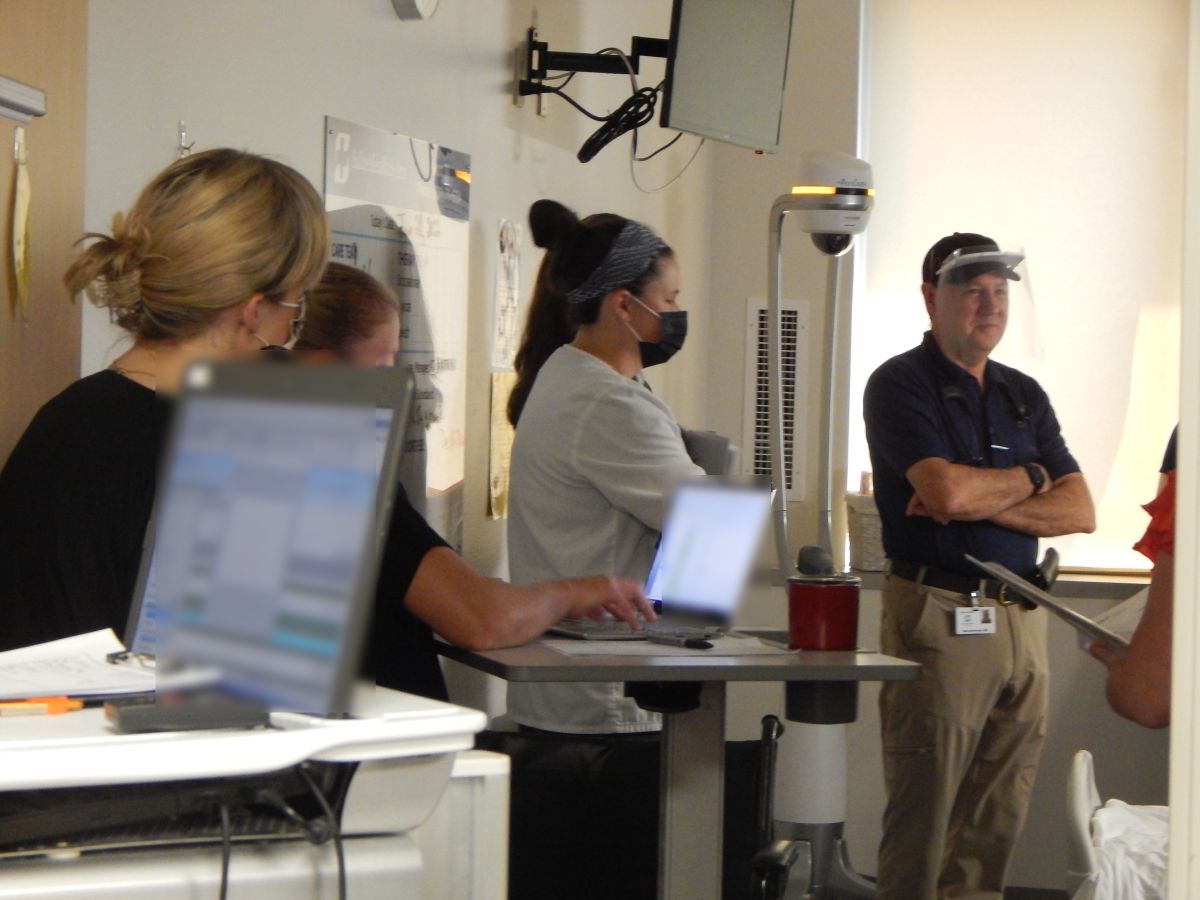 Martindale has been associated with Saline since his first real job as ward clerk, known today as a unit secretary or patient care tech, during high school in 1977. He trained in internal medicine and pediatrics and practiced medicine with this dad, Dr. Joe Martindale, at Saline Med-Peds for about 30 years before his dad passed away.

He still sees patients at Med-Peds in addition to his role as medical director of the acute rehab. His daughter, Ashley, a physician assistant, works with him and helps with research. The acute rehab program works with patients who need rehabilitation due to orthopedic conditions, like Hathcote, but also for loss of function caused by stroke, head injury, spinal cord injury, trauma and more.

“I’m an old-fashioned internist who likes to figure out what’s wrong with people,” he said. “My daughter is really good at doing research and figuring things out.”

Martindale said some therapists were nervous about having an internist over the acute rehab when he started, but that it turned out to be a perfect combination.

“Our job in rehab is to change their medical trajectory,” he said. “It makes for such a good team. I’m confident in our therapists doing the therapy and strengthening, and I can figure out their medical problems and put together a treatment plan that can be passed on to their primary care provider.”